Richard has lived in Headingley since 2001; he has been active locally as a founding director of HDT (Chair 2006 – 2013), and rejoined the HDT Board in March 2014. He was centrally involved in the development of HEART and has been a member of the HEART Board since it was set up, and Chair since September 2015.

Through both paid and voluntary work Richard has extensive experience of community engagement, project management and organisational governance in charities and social enterprises. Richard is now retired from paid employment – he previously worked at Voluntary Action Leeds as Commissioning Support Manager, and before that was Director of Young People and Employment for re’new, where he established a number of projects and services including Archway and The Beck.

Janet has lived in the local area for nearly 40 years. She is an HDT member and has been on the HEART Board for four years.

Janet is a qualified accountant and before retirement spent her career auditing in the public sector which involved reviewing governance, internal control, financial management, accounting, performance management and value for money.

As well as being Chair of governors at a local primary school Janet is actively involved in several organisations in Leeds involved with health and dance.

Liz joined the Board in June 2013 and her main focus is with staff and volunteers. Liz is retired but her later professional experience was in emergency planning and then managing the Yorkshire & Humber Strategic partnership, supporting asylum seekers and refugees. Past involvement in event  administration and planning, and working for Leeds as a Nuclear Free City have given Liz a range of experience in personnel and project management, which can benefit HEART. 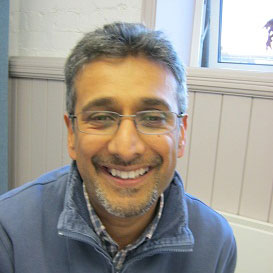 Atam is a Chartered Surveyor who has lived in the area for 12 years. Professionally he is involved in regeneration and development projects and considered that these skills would be useful to Headingley Development Trust. He has been a board member of the Trust and now is a Director of HEART. With experience from the private sector and a wide network of contacts, Atam considers that these can be brought to benefit the centre. Atam is also involved with the HDT Headingley Homes initiative too.

After leaving London where she worked in the East End, Isobel spent over 22 years in regional government offices in Yorkshire in the Humber, including 15 in what was then the Government Office. She has seen localism in community policy from all angles – European, national, and neighbourhood. After the abolition of Government Offices, Isobel become the Director for the Department of Business, Innovation and Skills covering Yorkshire and Humber and the North East. From then until leaving the Civil Service she was intensively involved in Local Enterprise Partnerships and the development of City Deals.

Now an early (!) retiree, Isobel is on the Board of the Humber LEP, the Key Fund, Leeds CAB and CO2 Sense. She chairs the European Funds Committee for the Humber and is the President of the Leeds City Credit Union.

Tim first moved to Headingley in 1991 and, after moving away a couple of times, returned in 2012, joining the Heart Board in January 2016. Tim works as an Employability and Professional Development Officer at the University of Leeds and is currently President of the University and College Union branch there.

Tim is involved in various community groups, including Woodhouse Ridge Action Group and Child Friendly Headingley, trying to find a site for a playground in central Headingley and to improve other facilities for families.

Book a table at Heart for ABK outside dining – here